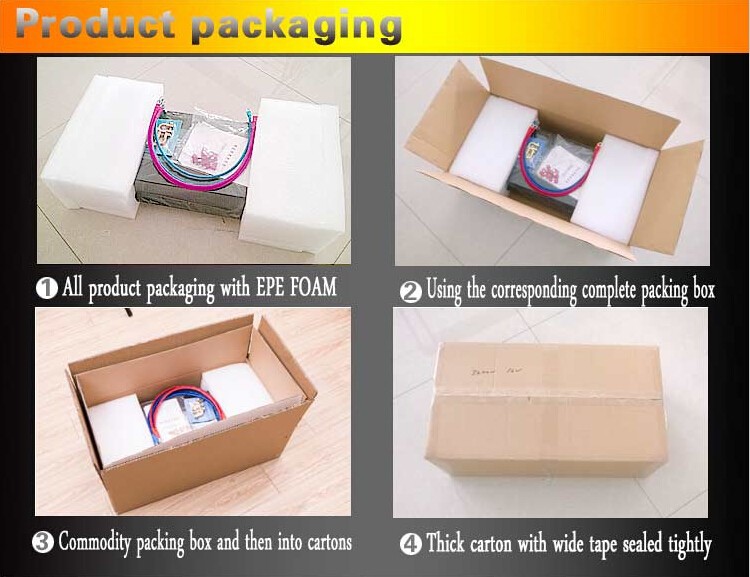 6.  Working noise is low and the efficiency is high

7.  Earth Connection for Both Inverter and PCB,best Protection all around

11. No Noise for TV or Stereo Sound

1)Would it be possible to hook this to a car battery in a storage closet in my home to use as an emergency power source? Would anything else be needed?

You can use a "car battery", you should use a deep cycle battery often used in RVs. If you are considering the 3000 watt unit, you would need more batteries to sustain the load for an extended period of time. I use 4 deep cycle 6 volt batteries in a series/parallel configuration in my RV for providing power without being plugged or running the generator. As mentioned in other comments you will need to keep the battery charged until you need it.

The batteries do not damage the Inverter if they are connected the right way at the correct DC voltage, you can either have 1 battery 2 batteries or 24 batteries its the same for the inverter, more batteries will give you more back up time but it won't damage the inverter

3)Is this unit vibration resistant? Will be traveling on unimproved roadways and worried about it vibrating apart.

4)How many battery do I need to hook up?

It depends on how long you want to use the power inverter and how many watts per hour you are going to use and will you be charging the battery at the same time or just use a battery without charging . there is a formula to calculate the work hours , but it is not hundred percent accurate , because there is also the battery’s condition , the old batteries have some loss, so this is only a reference value : Work Hours= Battery Capacity * Battery Voltage * 0.8/Load Power ( H= AH*V*0.8/W) .

5)Does the cooling fan in unit run all the time or just under larger loads?

The unit fan will run when it gets warm and it does seem to have variable speed. With that said the fan will run when the unit warms up and will run faster depending on the temperature of the environment it's in and the load it's asked to produce. I've owned my unit for over 2 1/2 years or longer and it works very well. I run this unit 4-5 hours per night. I hope this helps.

6)what is the 'soft-start' system?

This Inverter is configured with the latest Soft-Start Technology. Before introduction of Soft-Start, high startup currents from large inductive loads could shut down the inverter. Soft Start improves inverter operation. Three major features incorporated in SST include:
First, gradual voltage ramp-up during inverter startup. This eliminates failed cold starts under load. Second, output that momentarily dips in voltage and quickly recovers to allow large motorized loads to start. This eliminates almost all shutdowns from momentary overloads.
Third, the inverter automatically re-starts when an overload that causes inverter shutdown is removed. Previously, manual reset was required

7) What is the difference between modified sine wave and pure sine wave ?

Modified sine wave inverter use less elaborate switching and filtering circuitry . There would be electrical noises or interference which can prevent these inverter from properly powering certain loads . The frequency and voltage to their outputs may vary and contain some noise and distortion . It can run some resistive load like light bulb , etc . But it is not good for many appliance and affects use life of your appliances . With today's technological advancements and rapid proliferation of sensitive electronics that require true sine wave power to operate correctly . Pure or True Sine Wave Inverters are designed to emulate this power . Some appliances which to emulate this power , some appliances which are likely to require pure sine wave , include computers , digital clock , battery charger , light dimmers , audio and visual equipment , variable speed motors , pump , air conditioner and precision machine , induction cookers , microwave oven , compressor , water pump etc . Pure sine wave inverters have distinct advantage over modified sine wave inverters in term of performances . Choose pure sine wave inverter for goodness and longevity of your appliances .

8) Would you accept to use our logo ?

If you have good quantity , it absolute no problem to do OEM .