Package Type:
10ml/pc, 100 pcs/carton; or packing as your requirement. 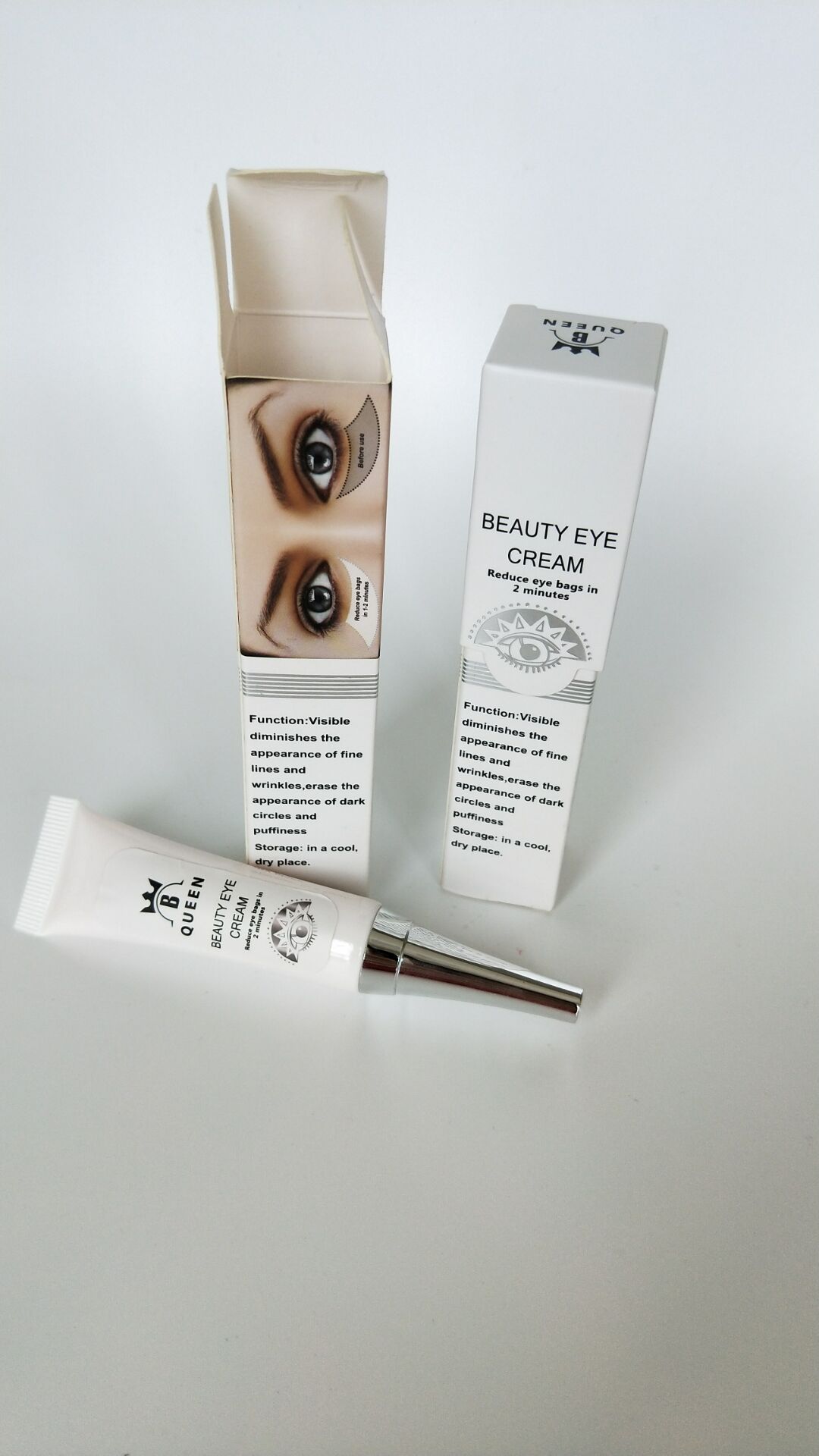 B-Queen Instant Eye Cream  Remove eye bags in 1-2 minutes! Suitable for all kinds of people who have eye bags!

Usage
After cleansing, gently dab around the outer edge of the eyes. For a targeted and complete regimen, use
with  serums and Day or night Cream prior to application. Use at least once per day.

3).Although 2 minutes to reduce bags under the eyes,but they still  insist 3-6 months to make fine line fades and eye bags obviously smaller.

4).Do not rub repeatedly.

5).After extracting,keep the bottle hermetically as soon as possible, to avoid  volatilization of the active substance,effect the results.

6).Avoid into your eyes during use.If the eye cream into your eyes  accidentally, wash eyes in clean water right away.Before first use, you can use a little for testing, in  your skin nearest palm or the skin after the ear.

1.Our rich experience--We products has been export for now over 10 years2.Our scale--we are the manufacturer with strong developing ability and high innovation.3.Quality guarantee-- We has passed the GMP. MSDS certificate4.Competitive price-- We have our own international certificated factory , could offer you OEM service,which makes more competitive price and faster delivery.

Believe that our professional service and competitive price, could create more profit for you.

1) How long i can see the eye bags gone?

2) How long can i see the under eye circle gone?

3) How long can i see the wrinkle remove?

4) Can i order sample first, then order more in the future?

A: yes, you can order sample to try first, then place your bulk order.

5) can you customize my brand for me?

Yes, we are OEM/ODM  factory, has professional designer team work for you. We can customize high-end and effective goods for you.

A:Why do I have puffy eye bags?

One of the main reasons a person suffers with under-eye bags is due to water pooling in this area.

BeQueen eye cream contains proprietary ingredient that helps under eye bags by visibly reducing pooled water in the under eye area. Tests on real plus eye cream were performed on female volunteers to assess its effect on skin smoothness,

puffiness, and the appearance of congestion. Skin moisturisation was measured  with a corneometer and skin elasticity

was measured with an elastometer.

No.eye cream has been specifically engineered to help with the appearance and texture of puffy eyes by making them appear visibly decongested.

Dark circles are caused by capillaries or pigmentation