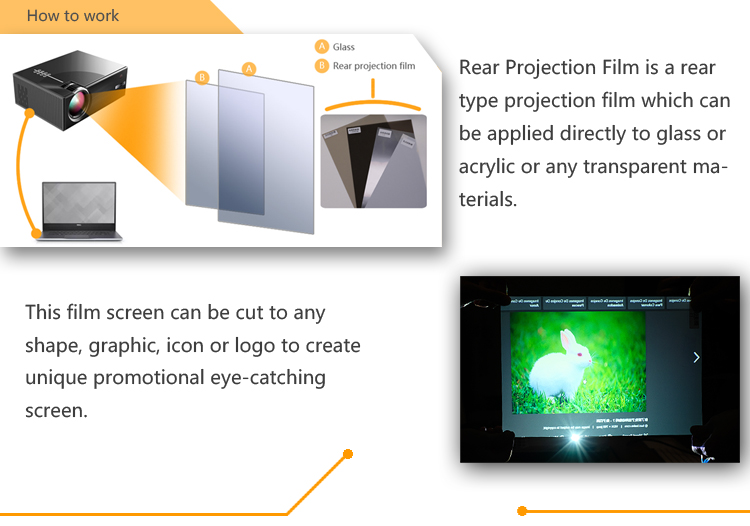 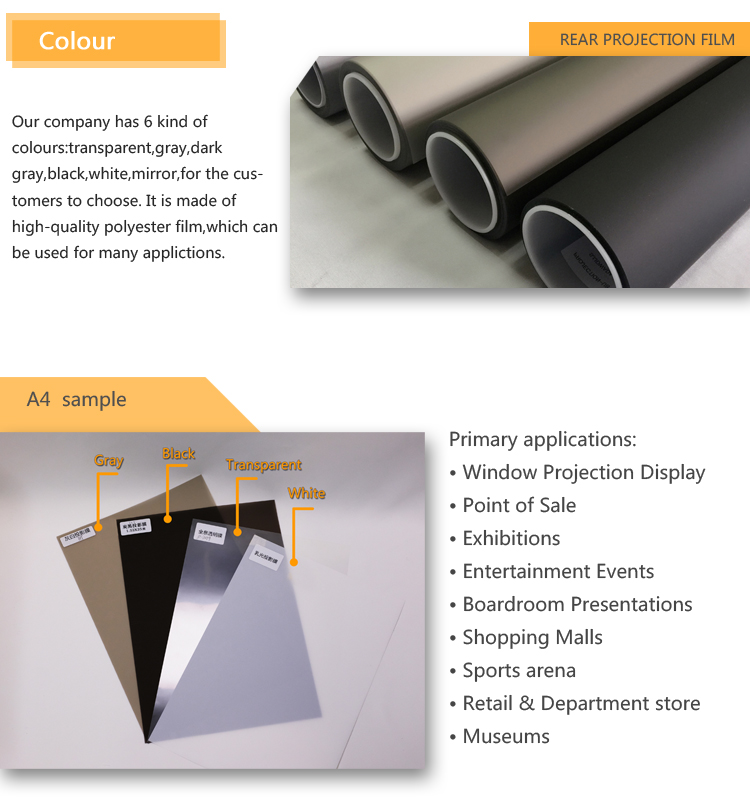 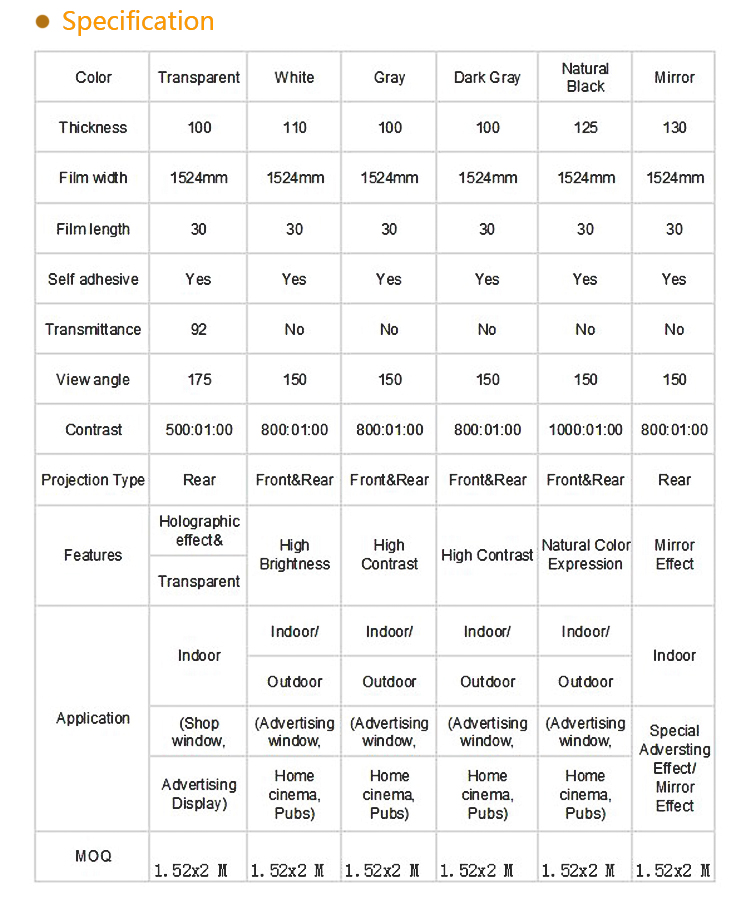 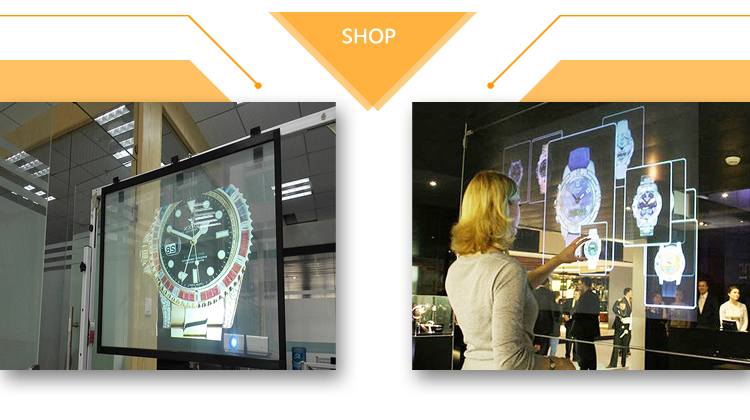 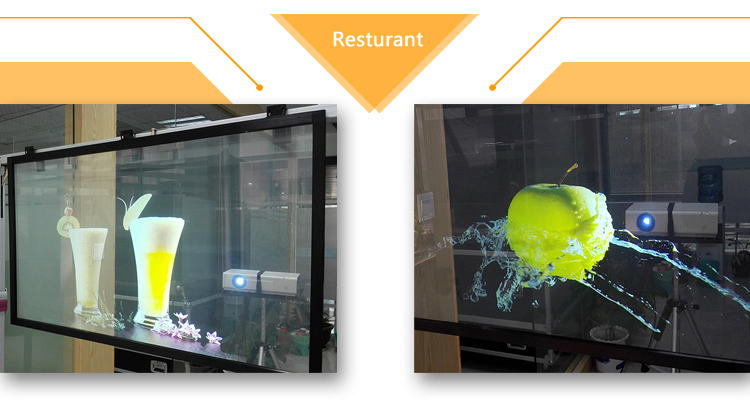 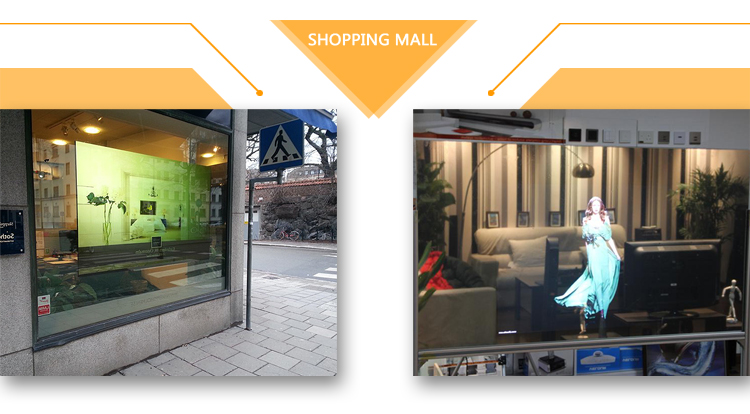 Transparent (Clear Film):It is an almost transparent rear projection film that provides a bright and holographic looking image when being projected on, and is virtually see-through when the projector is off, the transmittance is up to 94% with 175 degree view angle.

Light Gray Film : It is light gray film, offering the high contrast, reduced hot-spotting, and great viewing angles. So the images is the clearer than transparent film.

Dark Grey Film : It is darker film, offering the highest contrast, reduced hot-spotting, and great viewing angles. So the images is the clearest.

White Film : It is a white translucent rear projection film that offers some light diffusion properties and hot-spot reduction, and looks like a frosted film when the projector is off.

Black Film : The darkest of the films, It is an almost black, high-contrast rear projection screen with a wide viewing angle. Great color contrast and rich, deep blacks make this screen exceptional 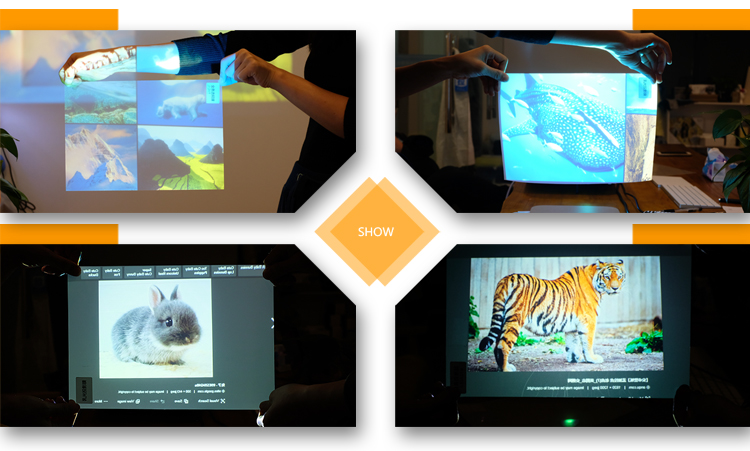 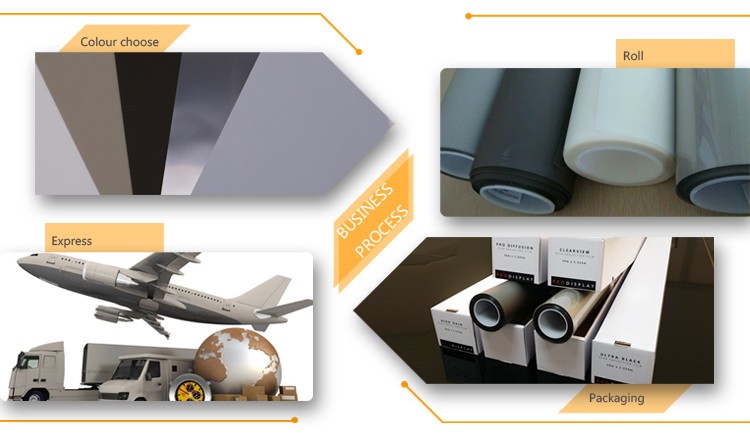