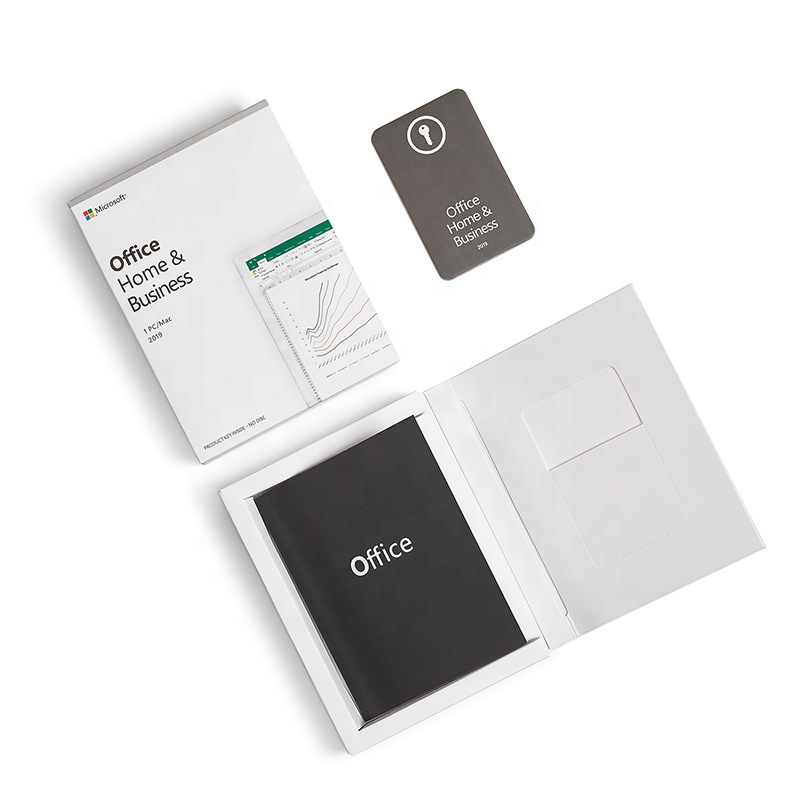 Office Home & Business 2019 is designed to help you create and communicate faster with time saving features, a new modern look, built-in collaboration tools, and the power of Outlook for email, calendars and contacts. Plus, you can save your documents in the cloud on OneDrive and access them from anywhere

Office PowerPoint 2019 fuels a richer and more dynamic presentation experience, including the effortless creation of cinematic motion, applying the motion of 3D objects into your slides, while being able to jump between sections in the order you decide with the simple stroke of a pen.

Office 2019 Excel enriches your presentations with better scaling, new chart types and more elements designed to identify insights, trends and opportunities to leverage your data. Plus, using the visual chart type, TimeLine you can show a series of events in chronological order over a linear progression of time.

Office 2019 does offer some of the new features incorporated into Office 365 since the release of Office 2016. This includes features like the following:

Improved inking in all the Office apps
A PowerPoint Morph transition that lets you create the appearance of movement between similar slides
Some new chart types in Excel
A Focus Mode in Word that hides onscreen window elements to help minimize distraction.
A Focused Inbox in Outlook that keeps your important messages separate from all the less important ones
Some better integration with the newer Microsoft servers and services (like Teams)

There are some more features we didn’t list, but it’s not much, honestly. Businesses might be interested in upgrading, especially if they’re using some of those services and need better integration. But for home and small business users, there’s nothing that compelling there. If you’ve already got Office 2016 and it’s working well for you, there’s not much reason to upgrade.

MS Office Home and Business 2019 is for families and small businesses who want classic Office apps and email. It includes Word, Excel, PowerPoint, and Outlook for Windows 10. A one-time purchase installed on 1 PC or Mac for use at home or work.

Office 2019 home and business including:

Period Of Use: Lifetime

Processor: at least 1.6 gigahertz and 2 core