Port
any port of china 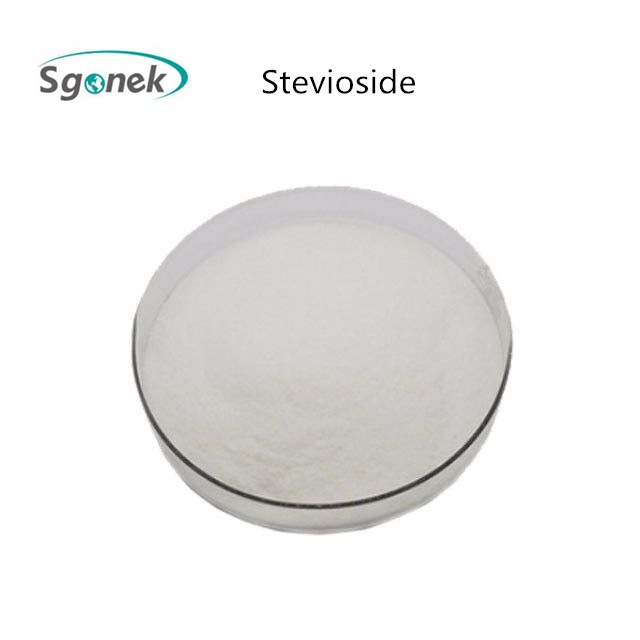 No calories, no carbohydrates and no fat, diabetic and candida safe, helps prevent cavities.

With its extracts having up to 300 times the sweetness of sugar, stevia has garnered attention with the rise in demand for low-carbohydrate, low-sugar food alternatives. Stevia has negligible effect on blood glucose; therefore it is attractive as a natural sweetener to diabetics and others on carbohydrate-controlled diets.

If you click here, you will get what is beyond your imagination!!! Not only COA and Free sample, but also what you need!!!

Stevia powder is natural, almost non-caloric and is safe for diabetics Stevia as an alternative to artificial sweeteners such as cyclamate, saccharin and aspartame. Stevia extract are widely used in food products, soft drinks (including Coca Cola), and for table use. Adults and children alike may enjoy dessert recipes without risk of weight gain, tooth decay or hyperactivity, it also does not contain the ne ative side effects reported with the use of artificial sweeteners.  It can also be blended into natural toothpowder or mouthwash recipes.

The Steviosides are responsible for the sweet taste of the leaves of the stevia plant (Stevia rebaudiana Bertoni). These compounds range in sweetness from 40 to 300 times sweeter than sucrose.They are heat-stable, pH-stable, and do not ferment.They also do not induce a glycemic response when ingested, making them attractive as natural sweeteners to diabetics and others on carbohydrate-controlled diets.

1.Widely used as a sweetener for food to improve taste ,low costs and extend shelf life.

2.Available as a beer or liquor additive to improve taste, enrich and whiten foam and remove the taste of hotness;