Note: Always contact your supplier to determine if the coronavirus (COVID-19) will affect your order. 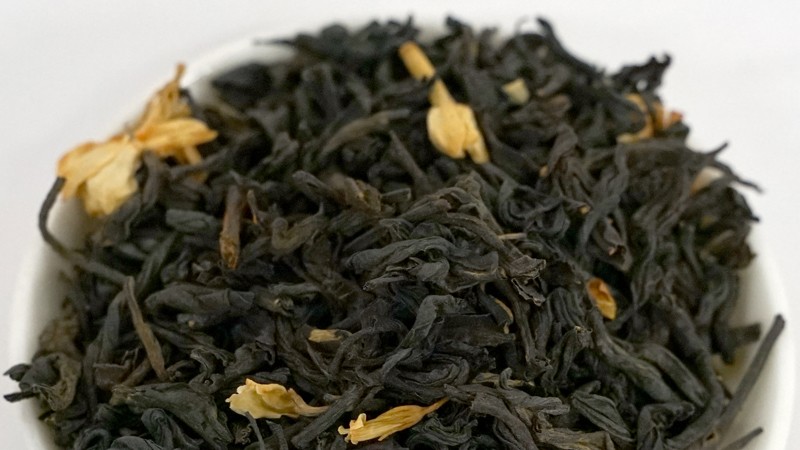 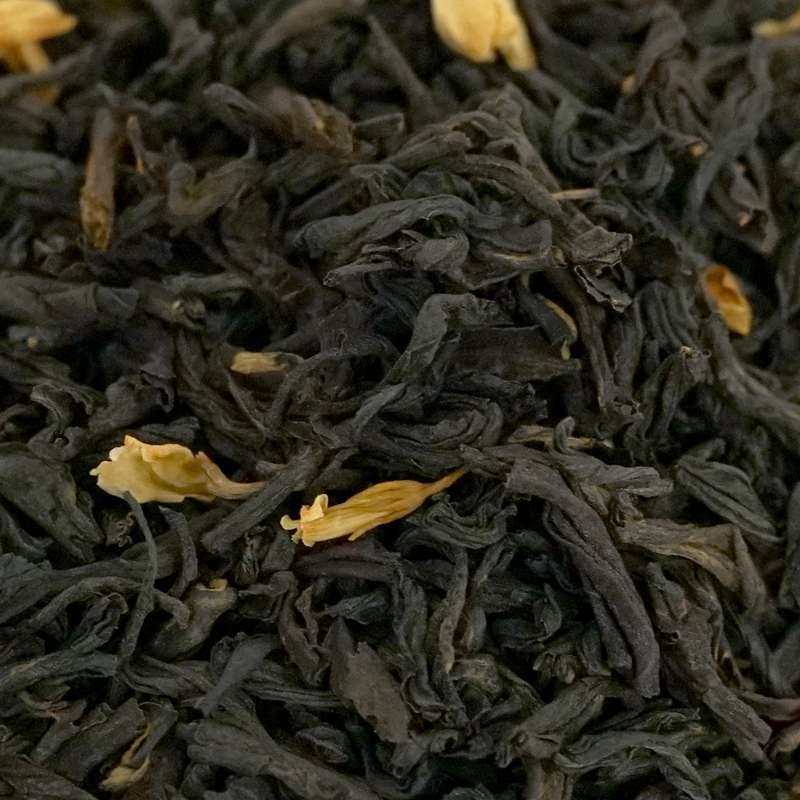 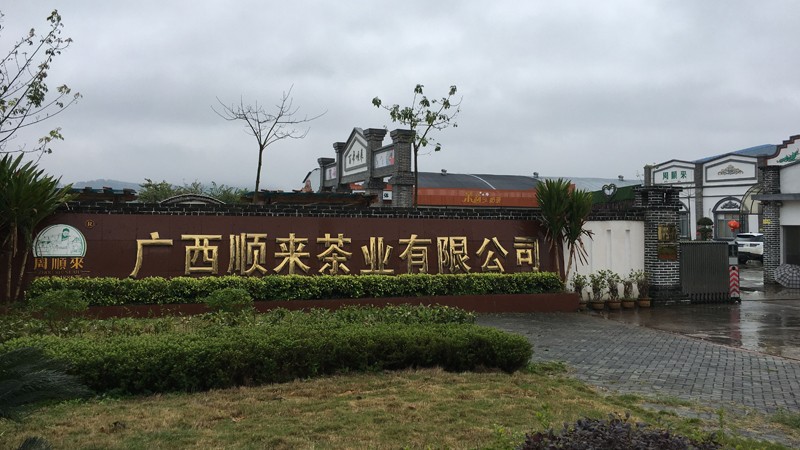 Brand "Zhou Shun Lai" well know in China. We have many franchise stores or outlets in Guangxi, Beijing, Shandong, Xian, Shenyang and so on. Our products had been sold in many major supermarkets, such as Wal-Mart Stores and China Resources Vanguard Supermarket etc. Exported to all over the world.

We won the gold medal in the quality evaluation of major tea fairs in China for many times, got the honor of "Nanning Key Leading Enterprise Of Agricultural Industrialization", "Guangxi Famous Trademark", "Top Ten Brand Enterprises Of Jasmine Tea In China", "China Famous Brand", "National Top 100 Tea Houses" and so on. 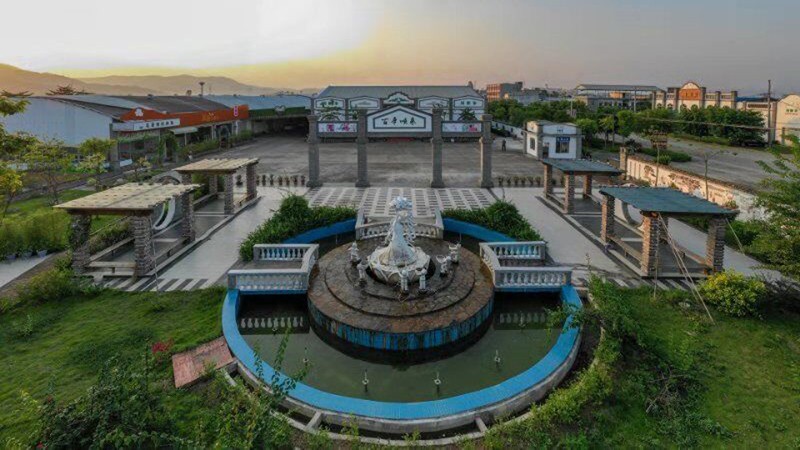 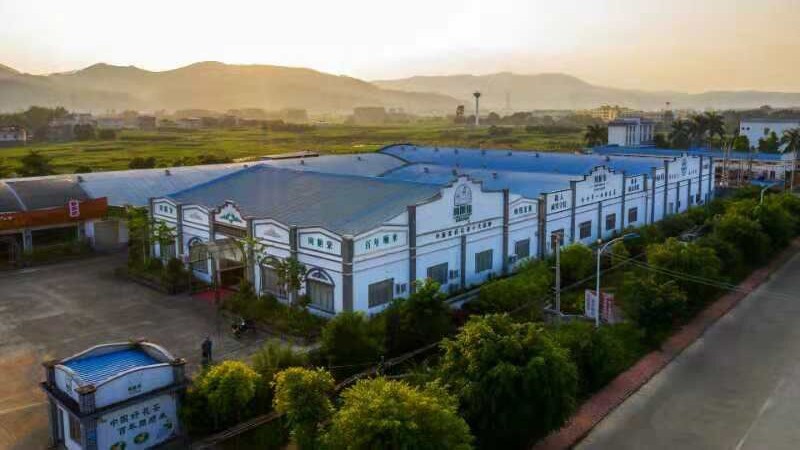 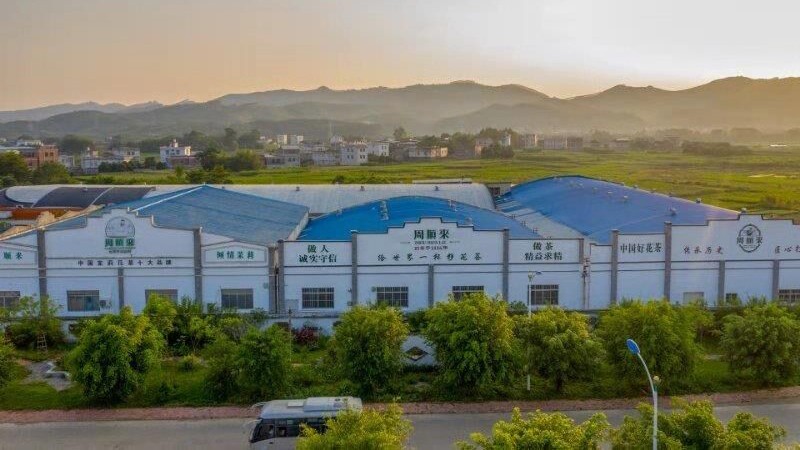 HengXian County as well konwn as a famous hometown of jasmine. Owning jasmine plantation and tea garden about 1,040,000 square meter,  to reaching of production jasmine tea 1,000,000 kgs by annually. 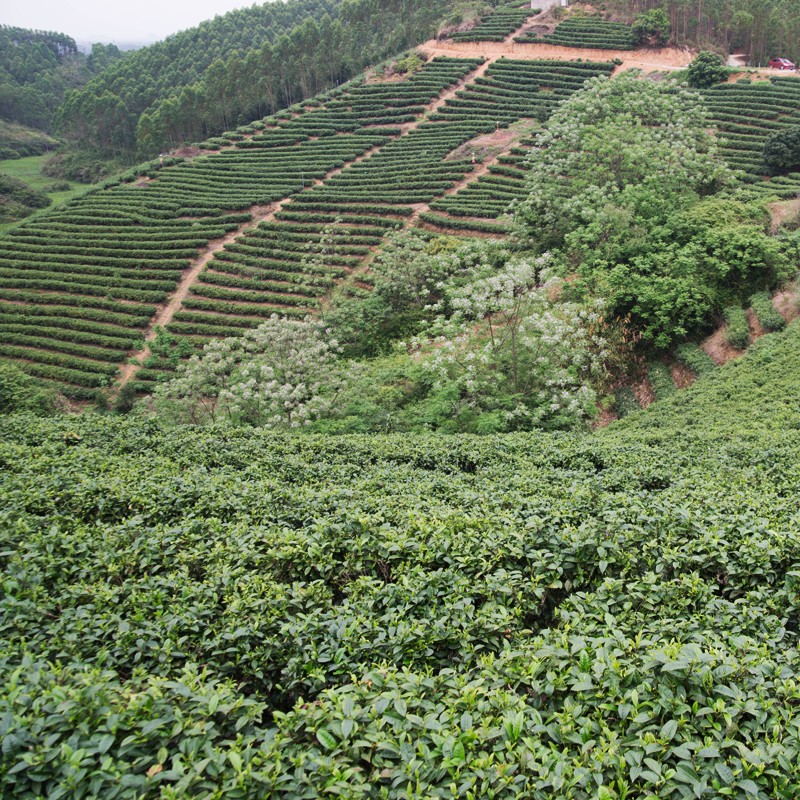 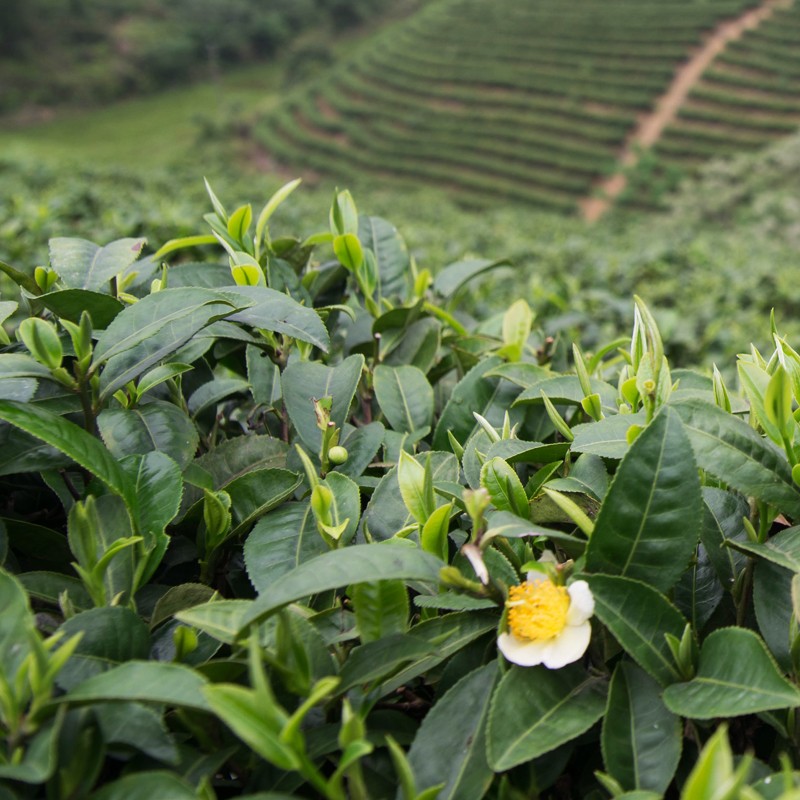 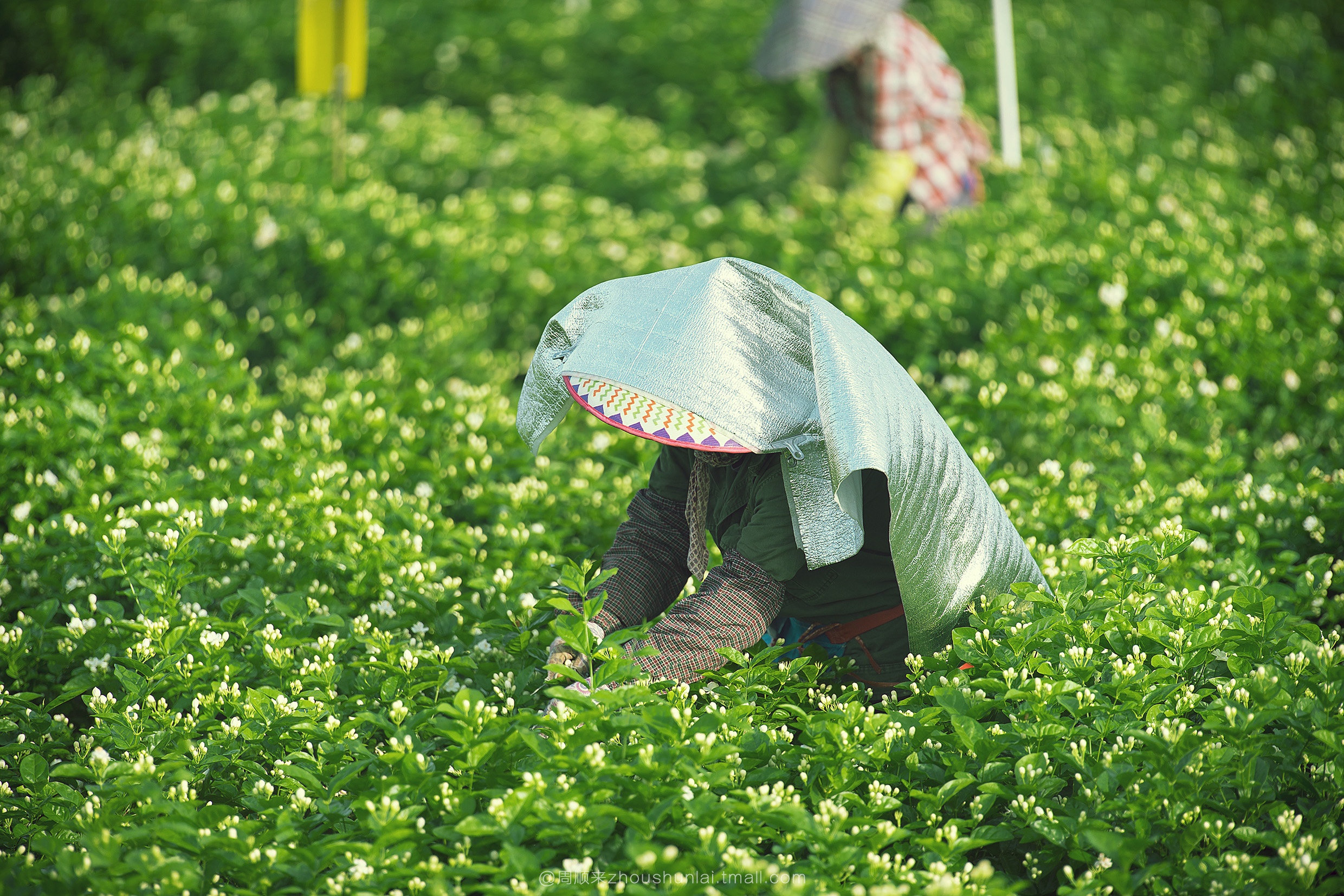 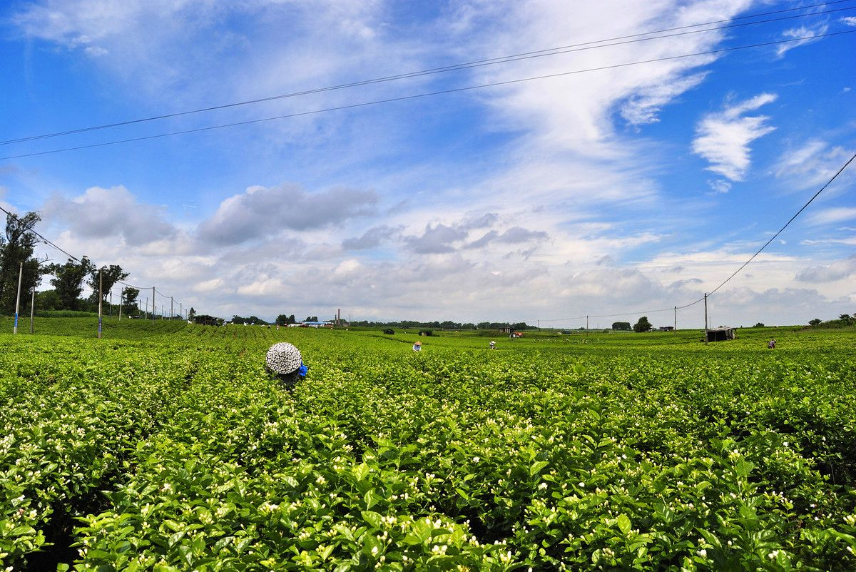 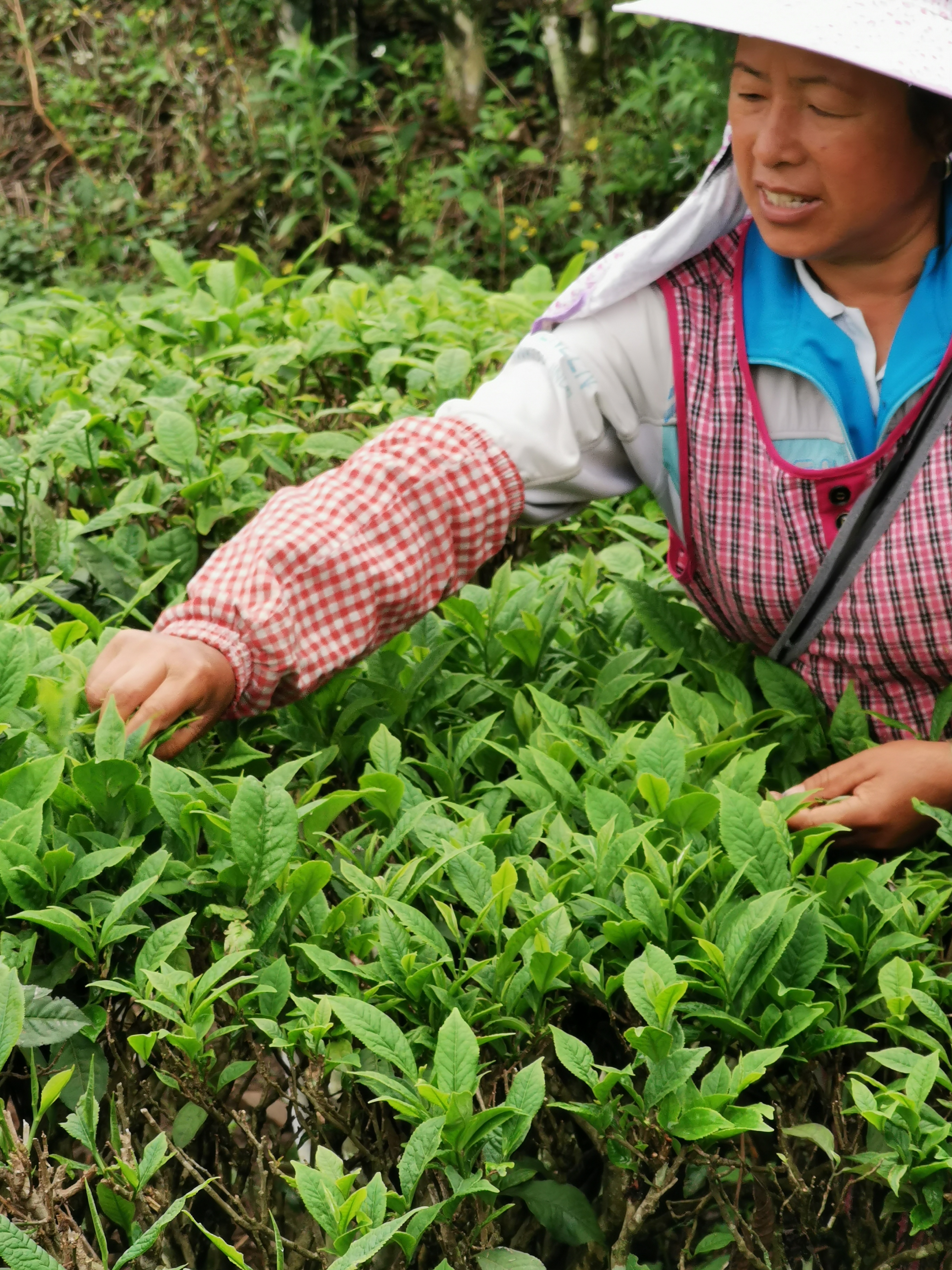 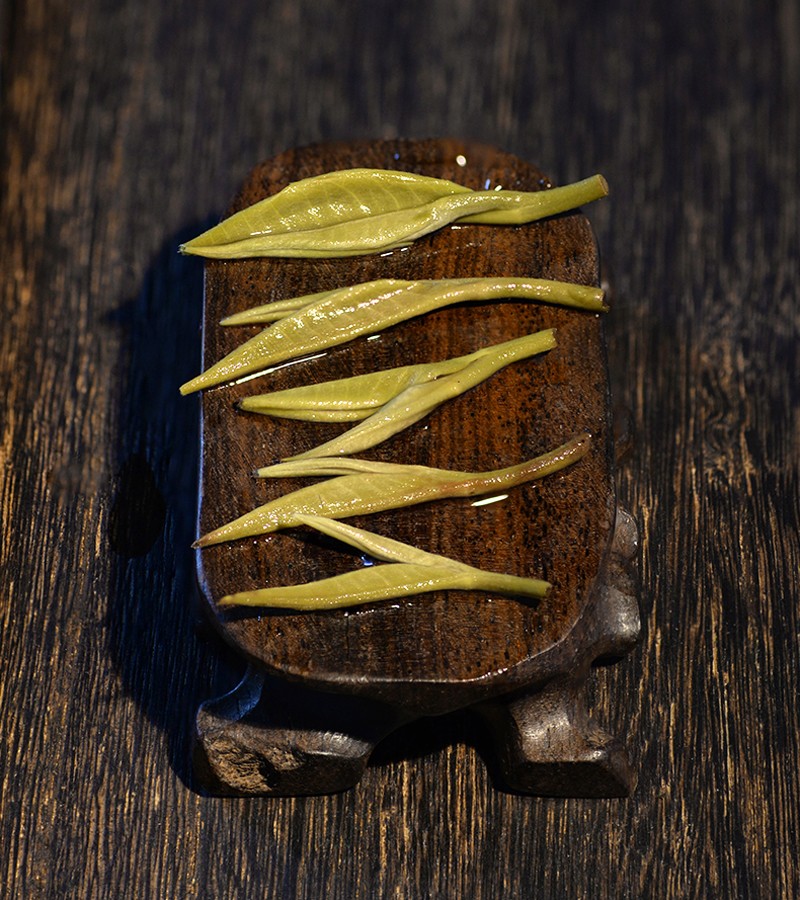 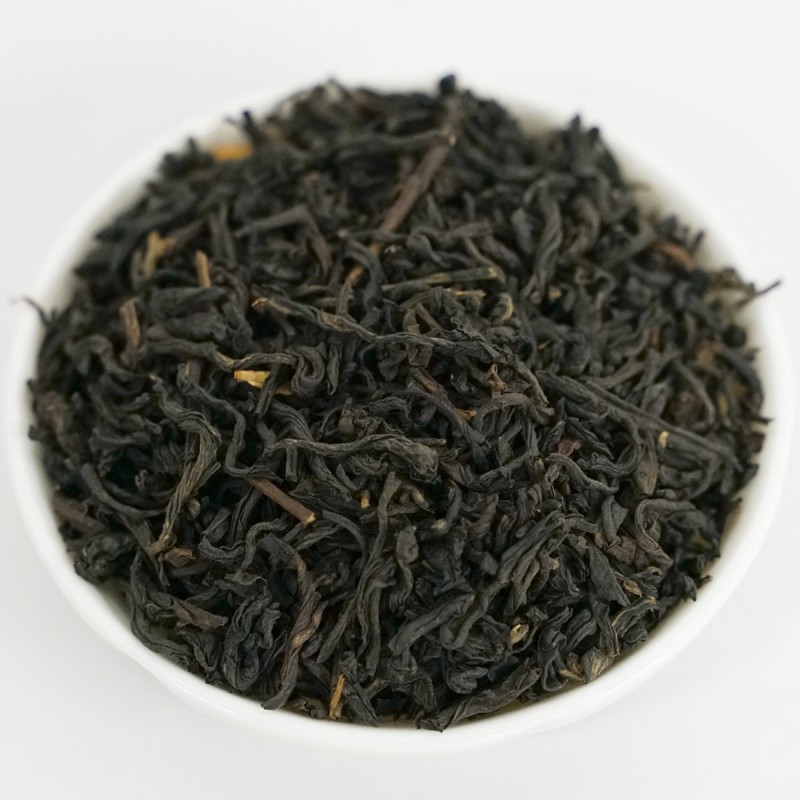 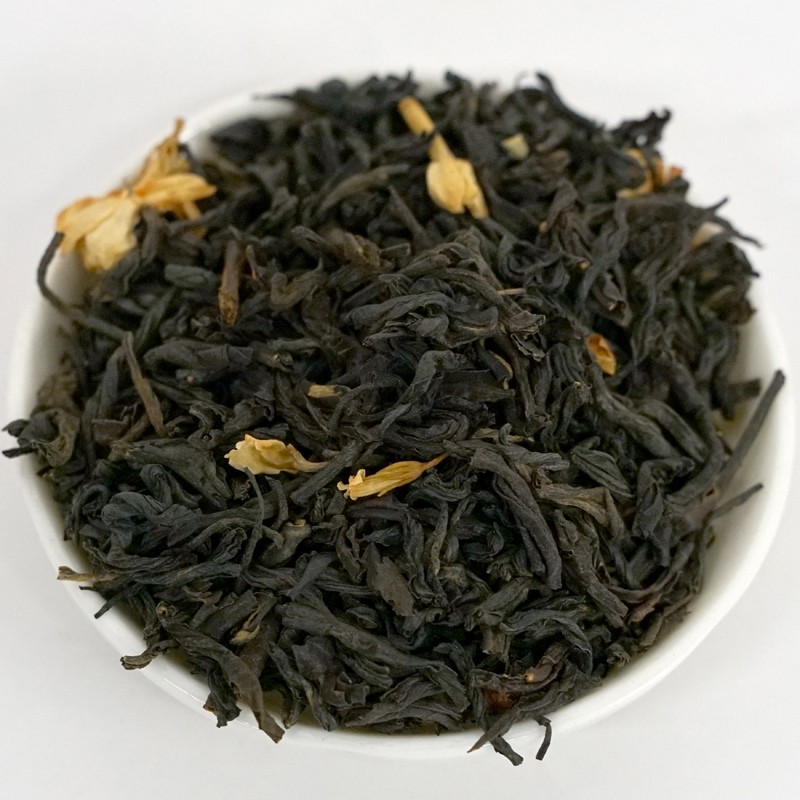 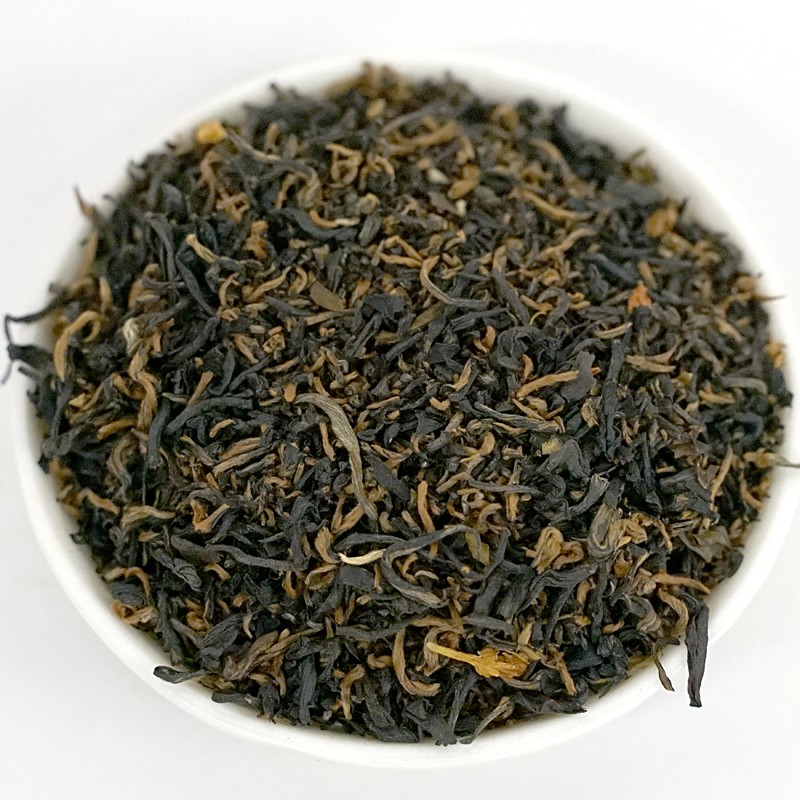 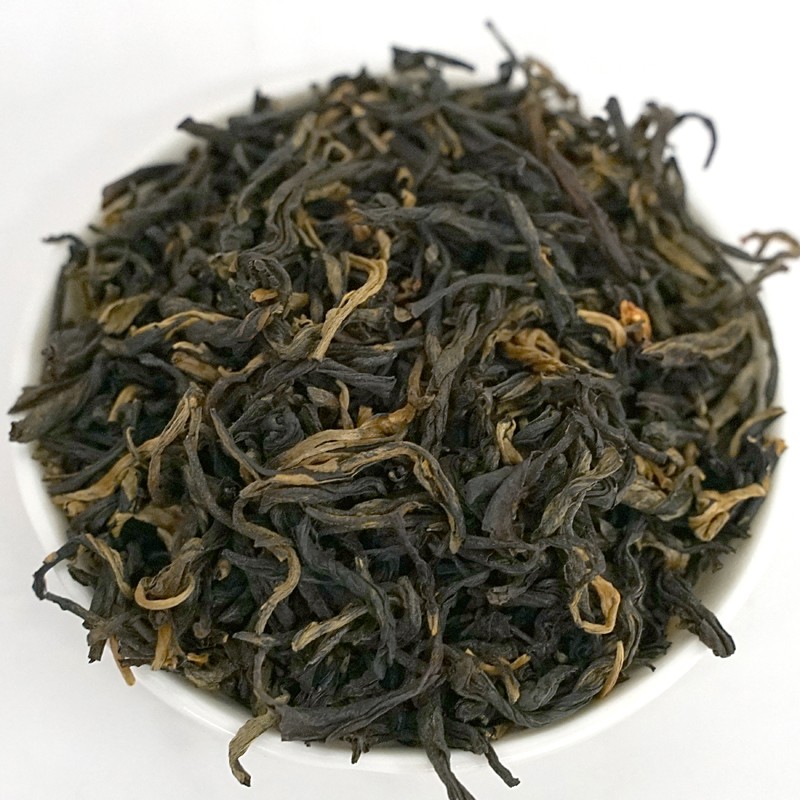 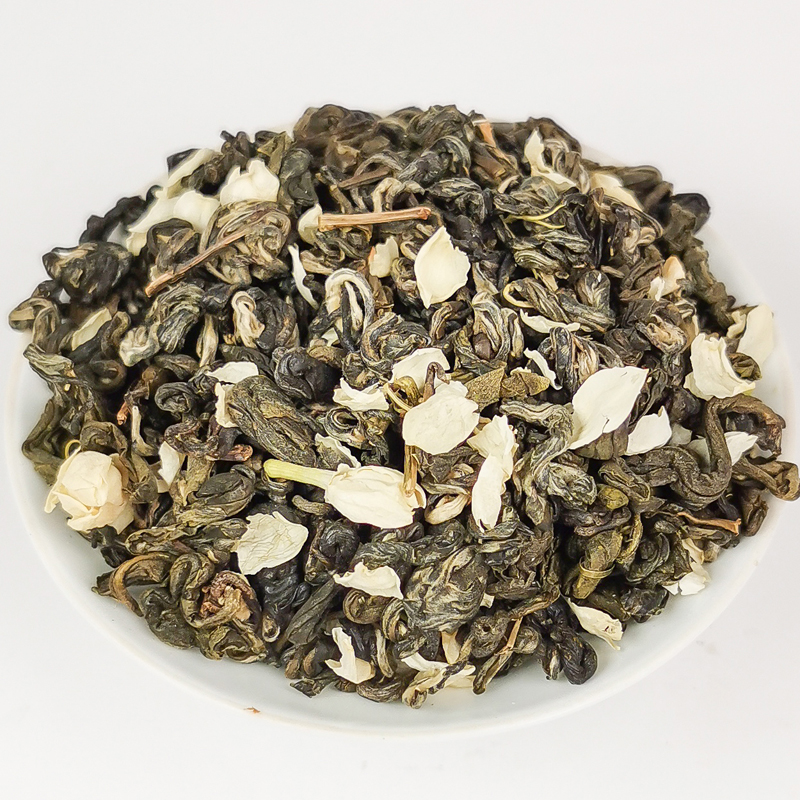 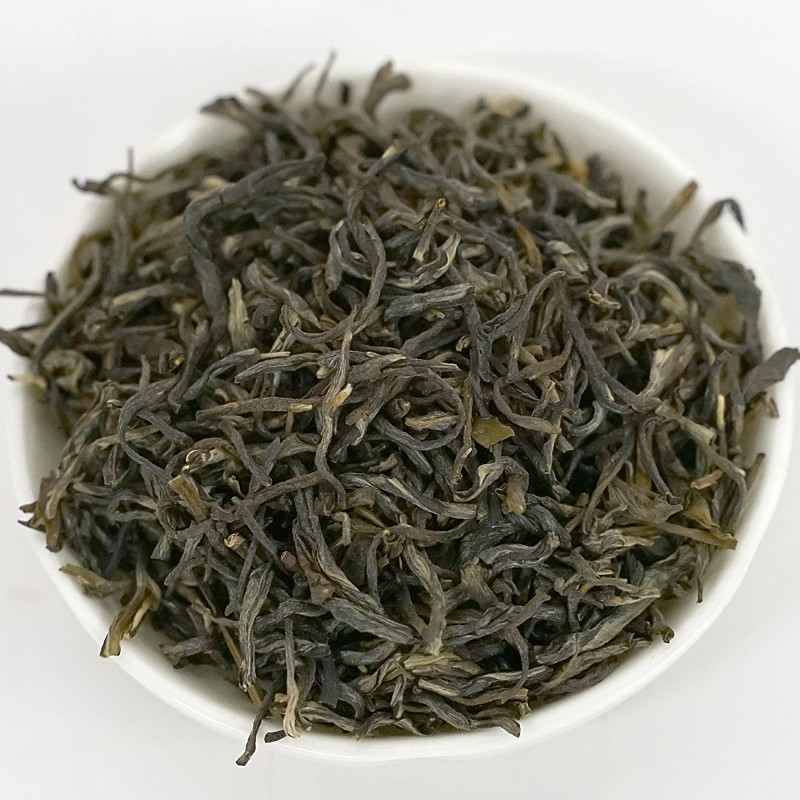 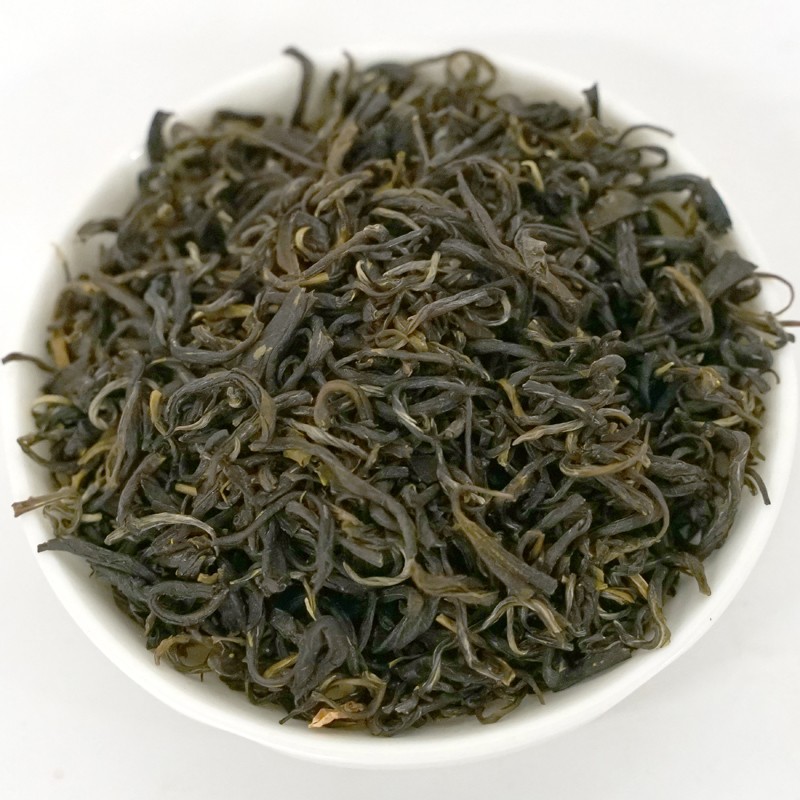 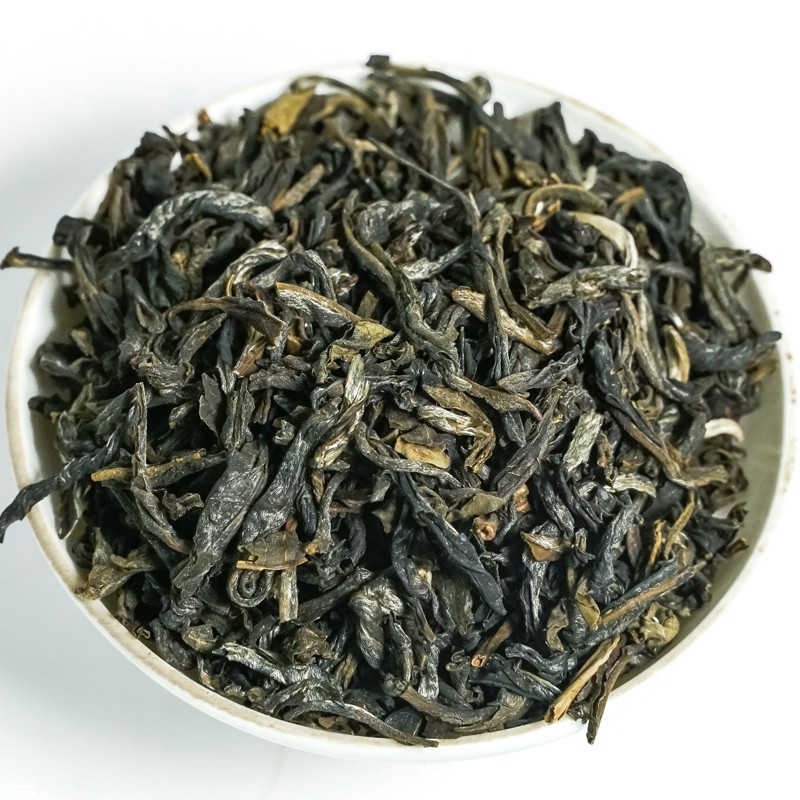 Tea is a deep and timeless culture. China is the homeland of tea, the world's first country to plant and use tea. Tea can keeping our body fitness ,in good health, refresh mind. Tea can improve self-cultlvation, can detoxify the body.

Tea – in Legend and History
The actual origin of tea, as a drink, is not recorded in history, only in legend, but it is certain that it began in ancient China over 5,000 years ago. The story goes that an early Emperor named Shen Nung was visiting a distant part of his realm one day when serendipity caused a discovery that would spread in popularity all over the world.

Emperor Shénnóng
Shen Nung was said to be an excellent 'creative' ruler – a scientist and a patron of the arts. He was certainly well ahead of his time and in the interests of hygiene he commanded that all drinking water should be boiled. While on a visit to the extremities of his realm, he and the court stopped to rest. In accordance with his ruling the servants were busy boiling the drinking water when leaves from a nearby bush blew across the landscape and fell into the water and infused. As a scientist, the Emperor was interested in this new brown liquid and having drunk some, found it very refreshing – and so, according to this narrative, tea was born.

All the Tea in China
For thousands of years, 'tea culture' spread throughout Chinese life and philosophy and every area of society, but it was not until 800 A.D. that the scholar Lu Yu wrote the first definitive book on the subject, which was called the Ch'a Ching (Book of Tea).

Lu Yu was an orphan raised by Buddhist monks in one of China's finest monasteries. He was both a rebel and a skilled observer who achieved acclaim as a performer. Later, for a period of five years he became a recluse, withdrawing into seclusion and using his vast experience of events and places in ancient China to log the various methods of tea cultivation and preparation. This huge project caught the attention of the Emperor, who gave him patronage. Lu Yu's work was deeply influenced by his Zen Buddhist upbringing and he almost achieved sainthood in his lifetime. It was this influence that brought Zen Buddhism and tea drinking together.

The Japanese 'Tea Ceremony'
The value of tea for enhancing religious mediation in China was noticed by the Japanese Buddhist priest Yeisei, who took the first seeds back with him to Japan. He was thereafter known throughout Japan as the 'Father of Tea'. The subtly captivating qualities of Tea were well received among members of the royal court, various monasteries and other sections of Japanese society. Since that time, tea in Japan has always been associated with Zen Buddhism.

The Japanese Tea Ceremony
Tea's presence as an aid to the calmer side of religious fervour made its transformation into philosophy and art an easy path. The Japanese Tea Ceremony was created, otherwise known as: 'Cha-no-yu' which translates as 'the hot water for tea'. The Tea Ceremony required years of training and practice, even though "the whole art, signifies no more than the making and serving of a cup of tea. The supremely important matter is that the act be performed in the most perfect, most polite, most graceful, most charming manner possible". This description was written by the journalist-historian

Lafcadio Hearn, who was granted Japanese citizenship during this era.
As time went by, the original purity of the Zen and Tea concept was lost in a plethora of activity which surrounded the mystique of the heartwarming drink. These diversions included the introduction of a special form of architecture known as 'chaseki' for the construction of 'tea houses'. Its concept was based on the simplicity of a forest cottage.

A group of Geishi
The Geishi began to specialize in the presentation of the tea ceremony too. Soon the intrinsically simple ceremony became corrupted by unnecessary embellishment, including 'tea tournaments', which were flamboyantly brash affairs, held among nobles. They were completely out of harmony with the Zen philosophy surrounding tea, or even what is considered the correct ritual in teashops today for that matter.

Eventually harmony was restored through the influence of priests, who convinced the nobles that tea drinking was a calm, reflective affair – the sort of meditation aid one might use before battle. On this basis it could be seen as the 'ultimate gift' and was reintroduced into society and restored as a beautiful and respected ceremony.

The ceremony's greatest practitioners have always been philosophers, but also artists, connoisseurs, collectors, gardeners, calligraphers, gourmets and flower-arrangers. The greatest of them, Sen Rikyu, left a tantalisingly simple set of rules: "Make a delicious bowl of tea; lay the charcoal so that it heats the water; arrange the flowers as they are in the field; in summer suggest coolness; in winter, warmth; do everything ahead of time; prepare for rain; and give to those with whom you find yourself, every consideration."

Passage to Europe
Tea came to Europe slowly – at first by rumour and whispers. The first European to 'take tea' and document it was the Portuguese Jesuit Father Jasper de Cruz in the 1550's, when he was a missionary visiting China. Later, the Portuguese developed a trade route and shipped tea to Lisbon. This enterprise was repeated by the Dutch, who transported it to France, Holland and beyond.

A ship of the 1650's
Great Britain was the last of the three great sea-faring nations to benefit from the Chinese and East Indian trade routes. Tea first reached English shores between 1652 and 1654, soon proving popular enough to become the national drink – replacing ale. The following quotation by Agnes Reppiler sums this beautifully:

"Tea had come as a deliverer to a land that called for deliverance; a land of beef and ale, of heavy eating and abundant drunkenness; of grey skies and harsh winds; of strong nerved , stout-purposed, slow-thinking men and women. Above all, a land of sheltered homes and warm firesides - firesides that were waiting - waiting for the bubbling kettle and the fragrant breath of tea."

Tea was very fashionable in the Dutch capital, The Hague, when the price was high and only affordable by the rich. Eventually the volume of imports grew and the price fell. By 1675 it was available in food shops throughout Holland and spread into common use in France, remaining popular there for about fifty years before coffee took over.

Meanwhile there had been a fierce debate among scholars and doctors about the benefits or otherwise of tea drinking, but nothing in this argument stopped tea becoming a way of life.

The first mention of adding milk to tea was in 1680. During that period, Dutch inns provided the first 'service of tea'. Owners would furnish guests with a portable 'tea set' which they would take outside with them so tea could be prepared in the tavern gardens.

Tea in America
The Dutch influence on the transportation of tea ensured that it reached America. It was Peter Stuyvesant (1592-1672) who took the first tea to the colonists in the Dutch settlement of New Amsterdam (later re-named New York).

Peter Styvesant 1592-1672
The Dutch settlers were avid tea drinkers and it was discovered at the time the English acquired the colony, that this relatively small settlement consumed more tea than all of England.

Afternoon Tea
The mania for tea had swept across England soon after it had become popular in Holland and imports rose five fold between 1699 and 1708, but it was not until Anna, the Duchess of Bedford (1788-1861) decided that the "sinking feeling" she experienced in the late afternoon called for the adoption of the European idea of 'tea service' and created, what we now call 'tea time'.

She did this by inviting friends to join her for an additional summer meal at five o'clock in her rooms at Belvoir Castle. The menu was simply bread and butter sandwiches and small cakes. It proved so popular she took the idea back to London with her, and it soon caught on. Of course, the afternoon ritual was as much centred around conversation and gossip as food and drink.

Eventually, two distinct forms of tea services evolved: 'High Tea' and 'Low Tea'. Low tea being served in the 'low' part of the afternoon and was generally served in aristocratic homes of the wealthy, featuring tea and gourmet delights – again the emphasis was on presentation and conversation. 'High' Tea, also know as 'Meat Tea', was served with the main meal of the day.

The English Tea Garden
The idea of 'Tea Gardens' was inspired by Dutch 'tavern garden teas'. Ladies and gentlemen took tea outdoors with entertainment and diversions, such as concerts, arbors, flowered walks, bowling greens and gambling.

A typical colonial tea garden
Women were permitted to enter mixed public gatherings for the first time without social criticism. It was at Tea Garden events that the custom of 'tipping' was developed as a method of ensuring prompt service. In fact, each table had a small wooden box with the letters 'T.I.P.S.' inscribed on them. The letters stood for: 'To Insure Prompt Service'.

Tea Gardens where highly popular in England throughout the twentieth century and although they are now somewhat scarce, they still remain popular today.

Tea Rooms, Tea Courts, and Tea Dances
In the late 1880's, fine hotels in England and America began to offer 'tea service' in Tea Rooms and Tea Courts. Tea was served in the late afternoon to Victorian ladies and gentlemen who could meet for for tea, conversation and gossip in a socially acceptable way.

A typical tea room
By 1910, hotels began to host Tea Dances in the afternoon as various dance crazes began to rival the obsession for tea. These were very popular among younger people who used them to meet members of the opposite sex.