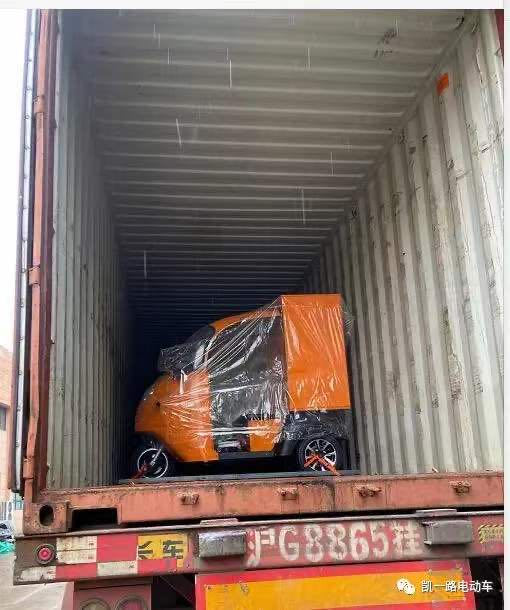 Our team consists of a group of young people, newly built among in an enterprise in China. The enterprise is founded in 1986, called Lifeng Group Co., Ltd., which is a national high-tech enterprise, Zhejiang province "three excellent" enterprise. After more than 30 years of development, “Regal Raptor" brand motorcycle has become a well-known trademark in China, has applied for more than 70 motorcycle and engine patents. It also owns ISO9001 international quality system certification, ISO14001 environmental protection certification, the national CCC certification, Europe e-Mark certification and the United States DOT certification. In 2010, we set up a modern electric vehicle technology research and development center, equipped with first-class R&D, successfully developed the "CAJERO" electric tricycle series, which is widely used in official law enforcement vehicles series, taxi series and civil vehicles series, and has won unanimous praise from customers for its safety, practicality and high cost performance.Nowadays, electric vehicles have become an important tool for millions of families to travel every day since they are energy-saving, low-carbon and convenient. As "CAJERO" electric vehicle is implemented in accordance with the strict production and technical standards of motorcycles, it can provide more powerful, reliable and safer travel for users.
Why Choose Us

FAQ
1. What are your terms of payment?
A:30% deposit, and 70% rest payment before delivery. Photos of the products and packages will be sent to you before delivery.
2. How about your delivery time?
A:Generally, it takes 20 to 30 days to finish an order. Exact delivery time would be confirmed by further communication.
3. What is your sample policy?
A:We can supply sample if there is product in stock.
4. Do you test all your goods before delivery?
A:Yes, 100% test before delivery.
5. Where is your company located? How can I visit there?
A:Our factory is located in Jiaxing City, Zhejiang Province, China. The nearest International airport is Shanghai Hongqiao. You
are always welcome to visit us.
6. Do you provide operational manual?
Yes, we do. The operational manual will be sent together with the vehicles.
7. Do you have any After-sale service?
A:Yes, we do.
8. How long the batteries need to charge?
A:8hrs to charge fully
9. Do you provide Trade Assurance via Alibaba?
A:Yes, we do.
View this supplier’s website View Company Video Download and View Report