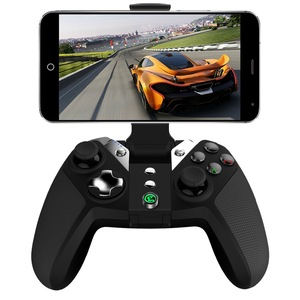 US $9.00-$10.00 / Piece
50 Pieces (Min. Order)
17YRS
Gamtec Electronic Co., Ltd.
83.5%
Contact Supplier
···
We have been specialized in game controller for more than 2 3 years. Please inform us formally before our production and confirm the design firstly based on our sample. Q 7 : What payment terms do you accept9 A: We accept the payment through T/T. Paypal.

Popular racing car game steering wheel for PS2, for PS3 and for PC