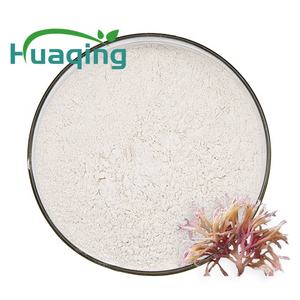 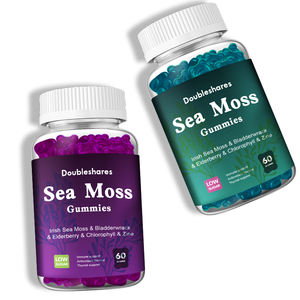 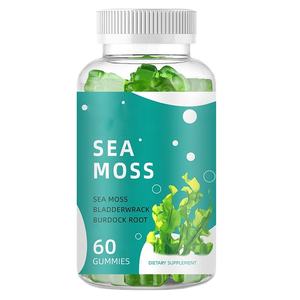 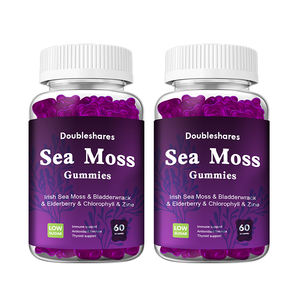 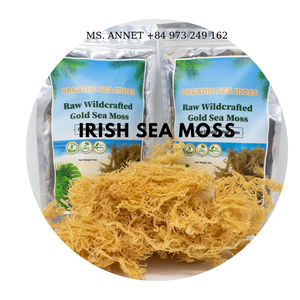 Sea moss is a red alga harvested primarily for its carrageenan, a thickening agent used in ice cream, smoothies, salads, and pudding. At Alibaba.com, you can buy raw sea moss wholesale or in various supplement forms such as pills, gummies, gels, capsules, and powder. Here are sea moss benefits so you can decide whether this spiny sea vegetable is worth including in your diet.

It's high in fiber, which will keep you fuller for longer, preventing overeating and possibly aiding in weight loss. The fiber in sea moss for weight loss also improves blood sugar control, lowers cholesterol, and lowers the risk of chronic diseases such as diabetes and heart disease. Algae, including sea moss pills, are high in fiber and live bacteria, which can help replenish the good bacteria in the gut and improve gut health. Taurine is an amino acid in sea moss capsules that aids muscle building. Most importantly, it is a good source of iodine, essential for thyroid health.

How Much Sea Moss Should You Take?

This depends entirely on the application for which the moss will be used. You'll need to rehydrate the organic sea moss before using it in a brew. The typical ratio is 1.25-4 grams of moss to 25 liters of brew. To keep the overall complexity of the preparation to a minimum, simply measure out a full teaspoon of sea moss as an ingredient.

What You Should Know Before Buying Sea Moss

It's important to remember that you can't compensate for a poor diet. A healthy, varied diet will benefit your body the most, so don't rely too heavily on sea moss supplement or its other form. The texture of sea moss is slimy, and the flavor is fishy. If you dislike seafood, the flavor of raw sea moss is unlikely to appeal to you. Fortunately, in supplement form, it shouldn't taste too bad. Sea moss gel has a slick, thick texture similar to aloe vera. If this bothers you, too, try a different type of supplement.