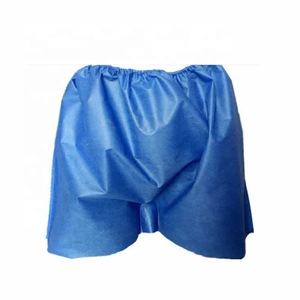 US $1.50-$3.50 / Piece
500 Pieces (Min. Order)
6YRS
Seemale Underwear (Shenzhen) Trading Co., Ltd.
(17)
91.9%
" Fast delivery "  (3)
" Good service "  (2)
" Great communication "  (1)
" Great job "  (1)
Contact Supplier
···
l Sample policy: free sample on our designs can be sent, if it’s OEM, please confirm all details with us before sample. By now, our products have been exported to more than 80 countries and regions, and our monthly sales is more than one million by the rapid increase of exporting,“Shenzhen Seemale Underwear Trading Co. With the management idea "quality as the core, market-oriented, development for the purpose, credibility as ensure ", we will continue our efforts, provide more better quality products and service for our customers .

US $2.50-$3.50 / Piece
1.0 Pieces (Min. Order)
12YRS
Quanzhou Huoyuan Garment Co., Ltd.
67.1%
Contact Supplier
···
Company information Established in 1986, our company is located in the downtown of Quanzhou City, Fujian Province where the relic of "Silk Road on the sea" is. Our company is an exporting enterprise specializing in the manufacture of knitting clothes, such as men's and women's underwear, boxer pants, T-shirts, vests, bedgowns, children's romper. 3.How about product quality9 We have a large number of outstanding technical and management personnel to control the quality.

US $2.60-$3.00 / Piece
20 Pieces (Min. Order)
4YRS
Fujian Xinrun Knitting Co., Ltd.
(2)
83.3%
Contact Supplier
···
2 If you feel difficult to choose the size ,you can feel free to contact mewe will give you some suggestion,but it is for you reference only. Color dIfference: As we all know ,the different computers display colors differently, the color of the actual item may vary slightly from the following images. ,Ltd Add: Longxia village, Binhai industrial zone, Changle, Fuzhou City, China Zip: 350206 Contact name: LION Tel: +0086 15205076106 (Whatsapp)